Dorothy Hatsukami, PhD is currently the Associate Director of Cancer Prevention and Control for the Masonic Cancer Center, University of Minnesota, a Forster Family Chair in Cancer Prevention, a Professor of Psychiatry and Adjunct Professor of Psychology and of Epidemiology at the University of Minnesota, and the Director of the Tobacco Research Programs.

Dr. Hatsukami is known for her research in the areas of nicotine addiction and treatment of nicotine addiction among a general population of adult smokers as well as adolescents. She has also conducted research in the area of smokeless tobacco. Her most recent research has primarily been focused on developing methods and measures to evaluate tobacco products and she has led an effort to develop a trandisciplinary team (both institutionally and nationally) around this topic. She has also concentrated her efforts on exploring and developing the science base for policies that might reduce tobacco-caused death and disease such as reducing the toxicity and nicotine in tobacco products.

Because of her expertise, Dr. Hatsukami has served on a number of national committees including the National Advisory Council for Substance Abuse and Mental Health Services Administration, National Advisory Council on Drug Abuse, the Interagency Committee for Smoking and Health, Drug Control Research, Data, and Evaluation Committee for the Office of National Drug Control Policy, the Institute of Medicine and on the Scientific Board of Counselors for the Intramural Research Program of NIDA. She has also served on the Tobacco Product Scientific Advisory Committee for the Food and Drug Administration. She has served on many advisory panels for other federal, non- profit and international organizations. She is a past president of the Society on Research on Nicotine and Tobacco and a past president of the College on Problems of Drug Dependence. 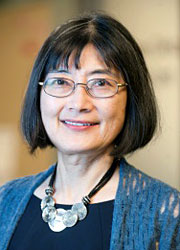